Home  |   What if I know that my client is guilty? 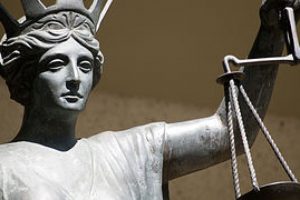 What if a lawyer knows that their own client is guilty of the offence(s) for which they have been charged? This is a question that lawyers are often asked, although perhaps surprisingly not often by criminal clients.

In short, the answer depends on whether a lawyer’s knowledge of their client’s guilt arises from the evidence against them, or whether it’s because the client has confessed their guilt to their lawyer.

In the first scenario, the lawyer’s knowledge could perhaps be better characterised as belief if the client disputes their guilt.

On the other hand, when a client confesses to their own lawyer there is almost always no reason for them doing so other than because they are in fact guilty. Their guilt can normally be safely assumed.

If the evidence against the client is so strong

If the evidence against the client is extremely strong and their lawyer believes as a result of the evidence that a conviction is certain, then the lawyer should advise their client to plead guilty. In practice, this is best done after the lawyer has listened to the client’s side of the story for two reasons. Firstly, hearing what the client has to say will ensure that there are no facts that the lawyer is aware or that they have overlooked or not previously been aware of. Secondly, by listening the lawyer will have hopefully built up some rapport so that the client will be more like to take the lawyer’s advice.

When advising the client to plead guilty, the lawyer would need to explain the basis of their opinion to the client so that he or she can make a fully informed decision. It is after all their decision, not the lawyer’s. It would also be important to mention that a guilty plea leads to a reduced sentence and avoids the stress of a trial. If the client takes the advice, then the lawyer has acted in the client’s best interests even though they have been convicted on their own plea. Of course, the interests of justice will also have been furthered in that a guilty person will have been convicted and a trial will have been avoided.

However, if the client listens to the lawyer’s advice and is adamant that they will nevertheless plead not guilty, the lawyer must accept their decision. It is an accused person’s right to plead not guilty, even if they did in fact commit the offence(s) they are charged with. The lawyer must not in any way seek to interfere with that right. Criminal defendant lawyers have often represented clients who they thought were guilty but who wished to plead not guilty. There is nothing wrong with defending a client who the lawyer believes is guilty, for the reasons set out below.

1. The lawyer is not the person who determines guilt or innocence

The first reason why it is perfectly ethical to defend a client who the lawyer knows or believes is guilty is that the lawyer is not the person whose role it is to decide whether or not the client is guilty. As Johnathan Goldberg has said, “a defending advocate is not there to stand in judgment upon his own client”. That role belongs to a judge or jury, as the case may be.

Assuming that no evidence is excluded from the trial, the judge or jury reaching the verdict will have all the evidence that the lawyer has to decide for themselves whether or not the client is guilty.

If the lawyer refuses to act for a client because they believe they are guilty, the lawyer is to a degree assuming the judge or jury’s role as being the decider of guilt. As David Whitehouse QC has pointed out:

“Usually I have my own view of the merits of the defence, but even if the prosecution case is very strong, if my client tells me he’s innocent I have to act for him, because it is a cardinal rule of the profession that we are not allowed to refuse to represent someone because we don’t like them or because we don’t believe in their case. Otherwise, some people wouldn’t get a barrister to defend them at all. The system is based on the idea that there’s a barrister on each side, the jury looks at the case from both angles and makes up its mind. It only works properly if both sides are represented.”

Furthermore, what if the lawyer was wrong in their belief that the client was guilty, but continued to act for them and let that belief influence how well they defended the client? Then if the client was convicted, the lawyer would be at least partly responsible for a great injustice. Furthermore, whilst the client can appeal a judge or jury’s decision, if the lawyer decided their client was guilty and let that affect their performance, that would not be a ground for appeal unless that could somehow be proven (which in practice may be very hard to do). It would be extremely improper and dangerous for a lawyer to engage in such hubris.

What if my client tells me they are guilty?

In practice, a client confessing to their lawyer is almost unheard of, although it did happen in the infamous Lake Pleasant case. Nevertheless, in Australia there are clear rules for lawyers in this situation.

One important rule that applies is client confidentiality. Even if a client confesses to the lawyer, the lawyer is still bound by confidentiality to not disclose that communication to others. If the lawyer is ever called as a witness in court and asked about communications made by the client to the lawyer, the lawyer can and must claim privilege and refuse to answer the question. However, if a client confesses to someone who is not their lawyer (or an employee of a law firm), then such a confession can be disclosed and used in evidence. This is what occurred in the Max Sica trial. Sica was subsequently convicted of a triple murder.

There are sound reasons for client confidentiality. If the lawyer could or had to disclose such confidential communications, then the role of the lawyer would be closer to that of an impartial investigator (such as a police officer) than a lawyer. This could well result in clients not trusting their lawyers and not being frank to their lawyers, even when they are innocent. This in turn can seriously undermine the defence, as the lawyer is not aware of all the facts that may assist or hinder the client’s case.

There are many reasons why someone who is innocent of an offence may require confidentiality in order to have the confidence to reveal things to their lawyers which may assist his or her case. Weakening client confidentiality could result in innocent people being convicted, or mitigating facts not being raised during sentence.

Duty to not mislead the court

Notwithstanding client confidentiality, if the client admitted his or her guilt to the lawyer, the obligation to not mislead the court would still apply. However, in Australia this obligation would alter how the lawyer can defend the client.

(i) must not falsely suggest that some other person committed the offence charged;

(ii) must not set up an affirmative case inconsistent with the confession;

(iii) may argue that the evidence as a whole does not prove that the client is guilty of the offence charged;

(iv) may argue that for some reason of law the client is not guilty of the offence charged; and

In other words, the lawyer can put the prosecution to proof (force them to prove their case) and argue that the evidence is not strong enough evidence for the client to be convicted, or argue that the client’s alleged conduct does not amount to a criminal offence for legal reasons. The lawyer can also try to weaken the evidence by cross-examining witnesses (without advancing a positive case), arguing that particular pieces of evidence prove little and so on. However, the lawyer is not permitted to submit to the court that my client has an alibi, has committed the offence in self-defence or advance some other evidence or explanation the lawyer knows to be false.

As this post demonstrates, the answer to the question of what s lawyer should do when they know or believe their client is guilty is somewhat complicated. And no doubt it is controversial. After-all, if a client has told the lawyer they are guilty and the lawyer’s  efforts helped them escape conviction, then the lawyer has helped a guilty person ‘get away with it’. However, the current requirements are justified when one looks beyond the circumstances of the case and looks at the broader considerations, including the lawyer’s  role as an advocate rather than an investigator or jury, and the importance of client confidentiality. However, the duty to not mislead the court is paramount. Whilst the lawyer is not permitted to disclose client confessions to the court, the lawyer is also prohibited from misleading the court by adducing evidence or making submissions that they know to be false.