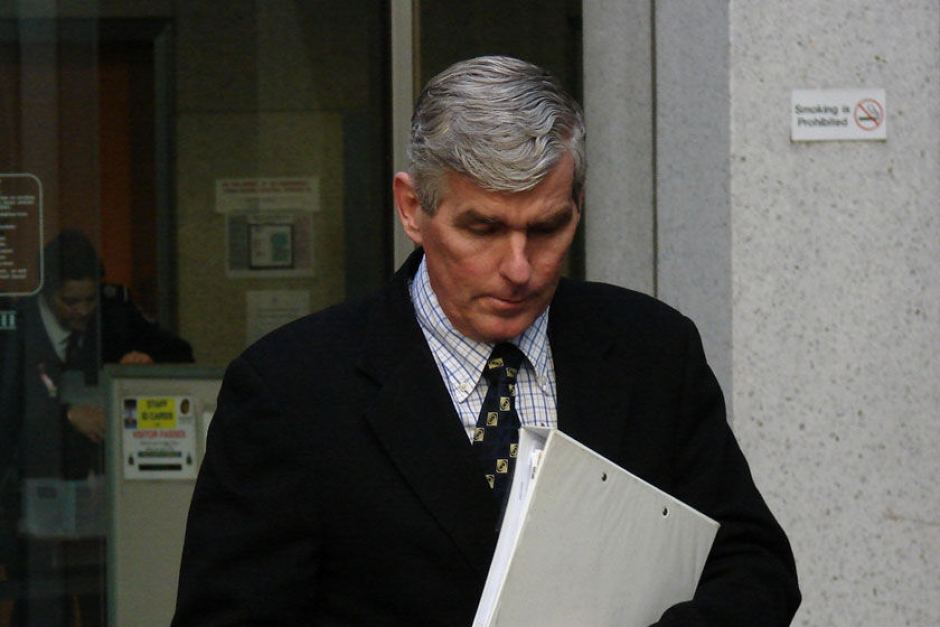 In an affidavit, Shand said that he had learnt an extremely painful and publicly humiliating lesson, which had taken a heavy toll on him and his family. He said that he was very remorseful and he would never engage in similar conduct again. He also said he had no intention of ever engaging in legal practice again.

Section 442BA of the Criminal Code provides that:

“Gift or offer of secret commission to an agent

(a)as an inducement or reward for or otherwise on account of the agent doing or forbearing to do, or having done or forborne to do, any act in relation to his or her principal’s affairs or business; or

(b)the receipt or any expectation of which would in any way tend to influence the agent to show, or to forbear to show, favour or disfavour to any person in relation to his or her principal’s affairs or business;

“Starting proceeding before a disciplinary body

The disciplinary body must hear and decide each allegation stated in the discipline application.”

Section 468 of the Legal Profession Act 2007 grants the Attorney-General standing to appeal the Tribunal’s decisions:

(a) a party dissatisfied with the tribunal’s decision;

(2) The appeal is by way of a rehearing on the evidence given in the matter before the tribunal.”

The Queensland Civil and Administrative Tribunal at first instance decided that Shand was guilty of professional misconduct:

“[41] There is no doubt that the evidence here is capable of establishing professional misconduct. Whether it in fact does so depends on evaluation of the evidence by the Tribunal.

[42] In order to make such a finding it is necessary that the conduct would “justify a finding that the practitioner is not a fit and proper person to engage in legal practice.”

[43] For the reasons stated hereunder, I have concluded that at the present time the respondent is not a fit and proper person to engage in legal practice. The question whether his name should be removed from the roll is of course a separate one.

[44] Accordingly, and with the advice of members of the panel, I find that the respondent was guilty of professional misconduct as alleged in the application.”

Although the Tribunal concluded that at the (then) present time Shand was unfit to practice, it declined to make an order that Shand’s name be removed from the roll:

“[77] The respondent’s misconduct was very serious and ultimately inimical to the maintenance of law and order, and it is open to think that had an application been considered immediately after the offending conduct, or even around the time of his conviction and imprisonment, it could have been appropriately determined that he was then unfit to practise. But, as the court observed in Watts, “this is not determinative of whether he is now permanently unfit to practise”. That is a test which I am bound to apply in determining whether his name should be removed from the roll…

[79] Notwithstanding the seriousness of the transgression, on the facts of this case I cannot say that this man is permanently unfit to practise, or that the circumstances of this case give rise to any apprehension that the community, the profession or the judiciary needs to be protected from him. There is no necessary incongruity about a person’s name remaining on the roll notwithstanding that he or she is currently unable or temporarily disqualified from obtaining a practising certificate.”

As a result, the Tribunal ordered that Shand not obtain a practicing certificate for a period of five years and ordered him to pay the costs of the Legal Services Commissioner fixed in the sum of $2,500.

The Court of Appeal confirmed that the purpose of disciplinary proceedings against lawyers is not to punish the respondent, but to protect the public.  The Court considered the discretion conferred by s456, although not subject to any express constraint should be exercised consistently with previous cases which have discussed how the protection of the public is served by protection from unfit practitioner, promoting the standing of the legal profession and an element of deterrence for the entire profession.  McMurdo JA (which whom the other Justices agreed) concluded as follows:

McMurdo JA went on to criticise the Tribunal’s finding that Shand was not permanently unfit to practice:

“I also find myself unable to agree with the Member that the respondent, if then unfit to practise in 2017, was not permanently so. The offence was committed in 2002. The respondent was tried, convicted, sentenced and incarcerated in 2011. The hearing in the Tribunal was conducted in February 2017 and its decision was given in May 2017. On the Tribunal’s findings, the respondent was a person who was unfit to practise throughout that period of 15 years. When the offence was committed, the respondent was aged 51 years, and he had been a prominent and experienced lawyer, working in commercial law before becoming a director and then the CEO of the company whose funds he used to make a corrupt payment to a Minister. His case was not that of an inexperienced young person who had become wiser and more responsible with the passage of time and further business or professional experience. Nor was this a case where he was suffering from any illness which contributed to his offending. After the passage of 15 years, if he remained unfit for practice, there was nothing in the evidence or which was identified by the Tribunal to suggest any likelihood that he would become a fit and proper person to be on the Roll.”

As a result, the Tribunal’s decision was overturned and it was ordered that Shand’s name be removed from the roll of legal practitioners with costs.

This case demonstrates that when a legal practitioner commits a serious criminal offence, it is likely that he or she will be struck off, even if the offending occurred some time ago, the practitioner is remorseful and the misconduct was an isolated event.  The Court of Appeal’s view is that such conduct will usually demonstrate permanent unfitness to practice.

An important lesson for the Tribunal is that although there is a distinction between temporary and permanent unfitness to practice which should always be considered when considering making a strike-off order, extremely serious misconduct or unfitness for a long time will normally be sufficient in establishing permanent unfitness on the balance of probabilities.

1 thought on “Solicitor struck off on appeal for corrupt payment”