“War is peace / freedom is slavery [and] ignorance is strength” was the grand party slogan in George Orwell’s 1984.

A more recent example of doublethink involves the bizarre choices by Liberty Victoria for its Voltaire Awards. 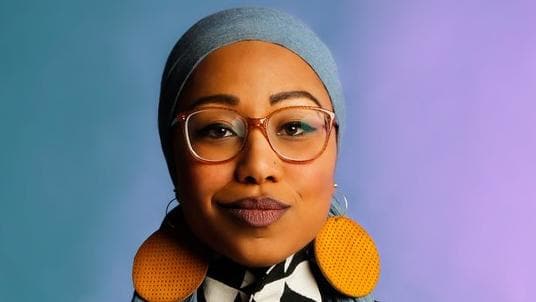 “War is peace / freedom is slavery [and] ignorance is strength” was the grand party slogan in 1984, George Orwell’s dystopian novel about a totalitarian society characterised by omnipresent surveillance and the policing of thought. The slogan itself is a famous example of doublethink: the process of accepting opposing and contradictory beliefs.

A more recent example of doublethink involves the bizarre choices by Liberty Victoria for its Voltaire Awards.

Liberty Victoria is “one of Australia’s leading civil liberties organisations” which aims to influence debate on among other things freedom of speech. Its Voltaire Award “honours a person or group considered to have furthered the right of free speech in the previous 12 months”. The award “recognises those who in their work, interests or passions make an extraordinary contribution to these rights, whether it be through speaking out, writing, campaigning, whistle-blowing or defying authoritarianism. Those honoured have often gone beyond the call of duty or office by refusing to be cowed or silenced”.
As is well known, the views of Voltaire concerning free speech have been summarised by the famous expression “I disapprove of what you say, but I will defend to the death your right to say it”.

Given the above, one would reasonably expect that the individuals who were awarded the Voltaire Awards would be people who had promoted or defended free speech.

Winners of the Voltaire Awards

Actor Magda Szubanski was “honoured for her work for marriage equality” and for that reason she is this year’s winner. It is uncertain how Ms Szubanski promoted or defended free speech, although she certainly did exercise it in favour of same sex marriage, a highly fashionable modern position. As far as we are aware, Ms Szubanski suffered no blowback whatsoever for her public advocacy. Instead, she was lauded by the left.

In contrast, former Prime Minister and Catholic conservative Tony Abbott was head butted by a Tasmanian supporter of same sex marriage, and in spite of this act of political intimidation continued to speak his mind.

Liberty Victoria’s choices for Voltaire Award become even stranger when one discovers that Yassmin Abdel-Magied was chosen for this year’s Young Voltaire Award. Abdel-Magied is a fervent apologist for identity politics and political correctness, to the point where she expressed outrage and virulent opposition to white novelists writing fiction from the perspective of non-whites. Abdel-Magied is almost certainly also a supporter of section 18C of the Racial Discrimination Act as her comment “Nice to know the system works” after a complaint against her under this law was dismissed shows. When asked about this odd choice, Liberty Victoria responded that they disagreed with our characterisation, and said that Abdel-Magied’s views on ‘cultural appropriation’ were “shared by many reasonable minds”.

When asked about why they had described robust criticisms of Yassmin Abdel-Magied’s opinions as her “being personally targeted by high profile political figures through inaccurate and racist media reporting”, Liberty Victoria’s retort was that “We consider rape and death threats against a 27 year old woman to go a bit beyond ‘robust criticism’”.

Meanwhile, it is hard to identify what Abdel-Magied has done to promote or defend free speech. Like Szubanski, she appears to have won the award not for being in favour of free speech, but merely for speaking.

The most Orwellian choice for a free speech award is Gillian Triggs. In an announcement that would make the party in 1984 proud, Liberty Victoria declared that Triggs had won last year’s Voltaire Award “for her courageous stand on people’s rights, especially free speech”. Triggs is approvingly quoted as saying that “it is important that we have legal protections in place where people are silenced by hate speech or don’t have the power to speak back”.

Triggs, as is well known, is an enthusiastic supporter of section 18C of the Racial Discrimination Act. Indeed, she has said that this anti-free speech law should be strengthened in order to crack down on more politically incorrect speech. Those are not the views of someone who can be described as a supporter of free speech in any non-1984 view.

While Triggs is lauded by Liberty Victoria for “her fearless work in pursuit of people’s rights”, the reality is very different. While she was President of the Orwellian-named ‘Human Rights’ Commission it failed to inform students at the Queensland University of Technology that a complaint had been made against them for a staggering period of 14 months. Those students’ rights to due process were severely violated, and Triggs has consistently refused and failed to apologise to those students.  Triggs has instead described the HRC’s handling of that matter as “excellent”, an Orwellian comment that reveals a tremendous lack of insight into human rights and natural justice. Like the other winners of the Voltaire award, it’s her political advocacy, not any defence of free speech which has earned her the award.

Magda Szubanski, Yassmin Abdel-Magied and Gillian Triggs are curious candidates for a free speech prize. Why was their exercise of speech deemed so worthy of the Voltaire award? Other than being women, what they share in common is that they are all left-wing activists who take up trendy progressive issues.

Moreover, perusing Liberty Victoria’s website, their preoccupations are not with free speech or even really the rights of ordinary Australians. Primarily they are concerned with leftist issues to do with mandatory detention, boat people and the rights of non-citizens.

Previous winners of Liberty Victoria’s Voltaire award include David Marr and Waleed Aly. Tellingly, all of the winners of this award are of the political left.

The giving of the Voltaire award to opponents of free speech like Yassmin Abdel-Magied and Gillian Triggs is truly Orwellian. In fact, it is as Orwellian as saying that “Islam is the most feminist religion”, a howler committed by Abdel-Magied on QandA last year. As Simon Breheny of the Institute of Public Affairs has remarked, Liberty Victoria is a “fraudulent outfit” for not standing up for victims of anti-free speech laws.

Rather than being perversely named after a free speech Enlightenment philosopher, the Voltaire award should be named after someone of the left who opposes free speech, such as Triggs or Herbert Marcuse. By making this change, Liberty Victoria will at least be respected for open and honest about their true values and will no longer be engaging in Orwellian doublethink and operating under false and misleading pretences.