In December 2018, controversial Catholic Church Cardinal George Pell was convicted by a jury of one count of sexual penetration of a child under the age of 16 and four counts of an indecent act with a child under the age of 16 over allegations of abusing choirboys at Melbourne’s St Patrick’s Cathedral in the 1990s. This followed a previous trial that had resulted in a hung jury.

In the second incident at least a month later, the complainant said he was processing with the choir back along the sacristy corridor towards the Knox Centre. After he passed the doors to the priests’ sacristy, but before reaching the door to the archbishop’s sacristy, Pell allegedly appeared and in a fleeting attack pushed him against the wall and squeezed his testicles and penis painfully. 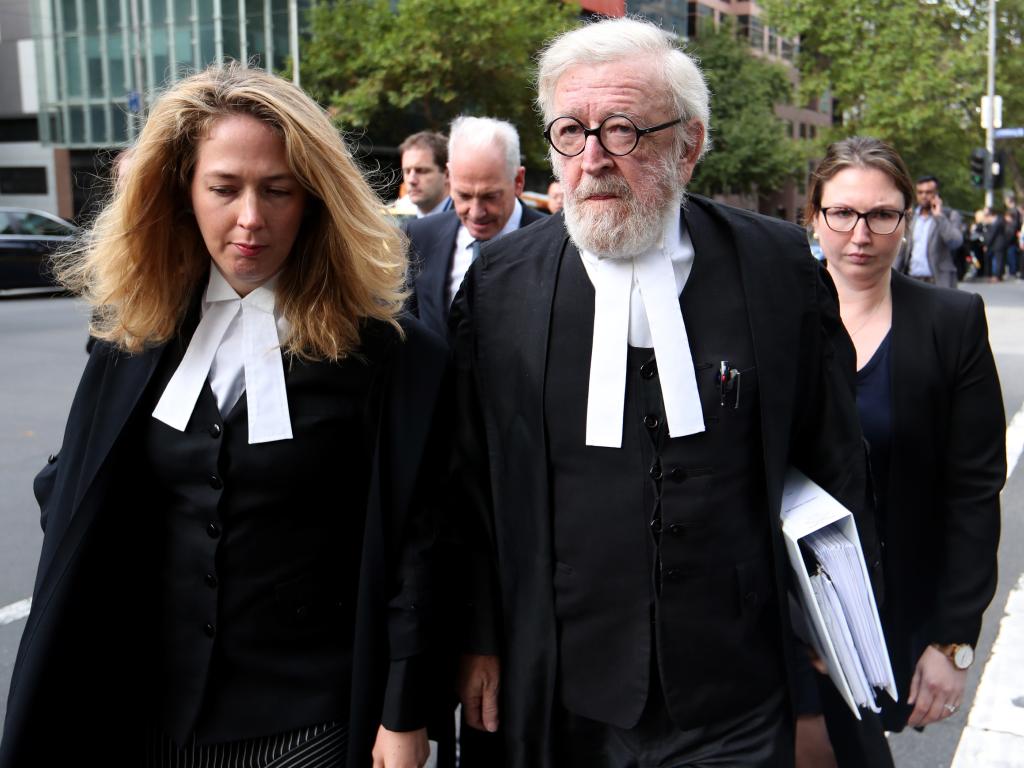 Prior to both trials, Pell had been subject of substantial adverse pre-trial publicity, including a Royal Commission into child sex abuse, a book by Louise Milligan described as a hatchet job and an abusive song by Tim Minchin. His conviction was highly controversial, and criticised by a number of commentators after a gag order was lifted.

Pell was subsequently sentenced by Chief Judge Kidd to a total effective sentence of 6 years’ imprisonment with a non-parole period of 3 years and 8 months.

Pell sought to appeal against his convictions, but not the sentences.

“In a criminal proceeding, the court is not to find the case of the prosecution proved unless it is satisfied that it has been proved beyond reasonable doubt.”

Sexual penetration of child under the age of 16

(1) A person who takes part in an act of sexual penetration with a child under the age of 16 is guilty of an indictable offence.

Indecent act with child under the age of 16

A person must not wilfully commit or wilfully be in any way a party to the commission of an indecent act with or in the presence of a child under the age of 16 to whom he she is not married.

Section 274 of the Criminal Procedure Act 2009 (Vic) provides that persons convicted in the County Court or the Trial Division of the Supreme Court in their original jurisdictions may only appeal to the Court of Appeal if that Court gives leave to appeal.

Determination of appeal against conviction

(1)     On an appeal under section 274, the Court of Appeal must allow the appeal against conviction if the appellant satisfies the court that—

The approach which an appellate court must take when addressing the unreasonableness ground was defined, authoritatively, by the joint High Court judgment of Mason CJ, Deane, Dawson and Toohey JJ in M v The Queen [1994] HCA 63; (1994) 181 CLR 487. Their Honours said that the appeal court must ask itself “whether it thinks that upon the whole of the evidence it was open to the jury to be satisfied beyond reasonable doubt that the accused was guilty”, and observed that:

Subsequently, in Libke v The Queen [2007] HCA 30, Hayne J (with whom Gleeson CJ and Heydon J agreed) elucidated this test in the following terms:

“But the question for an appellate court is whether it was open to the jury to be satisfied of guilt beyond reasonable doubt, which is to say whether the jury must, as distinct from might, have entertained a doubt about the appellant’s guilt. It is not sufficient to show that there was material which might have been taken by the jury to be sufficient to preclude satisfaction of guilt to the requisite standard.”

“It is fundamental to our system of criminal justice in relation to allegations of serious crimes tried by a jury that the jury is ‘the constitutional tribunal for deciding issues of fact’. Given the central place of the jury trial in the administration of criminal justice over the centuries, and the abiding importance of the role of the jury as representative of the community in that respect, the setting aside of a jury’s verdict on the ground that it is ‘unreasonable’ … is a serious step, not to be taken without particular regard to the advantage enjoyed by the jury over a court of appeal which has not seen or heard the witnesses called at trial.”

Pell sought leave to appeal against his convictions on the three grounds:

All three appeal judges granted leave in respect of ground 1 and refused leave with respect to grounds 2 and 3. However, a majority of the Victorian Court of Appeal dismissed the appeal against convictions.

Given that Crown case centred on the evidence of the complainant, it is unsurprising that the appeal judges formed sharply contrasting views on the issue of his credibility. 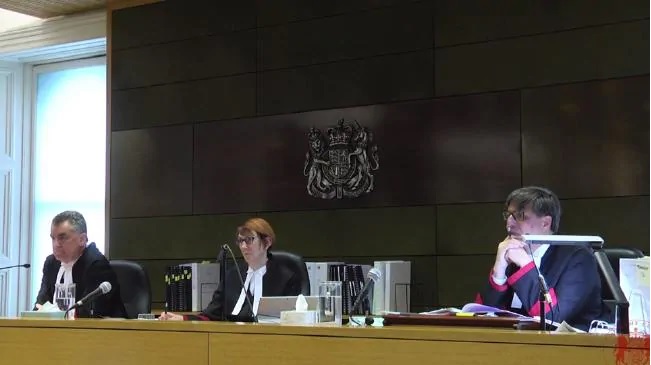 Ferguson CJ and Maxwell P, having reviewed the video of the complainant giving evidence concluded that:

“we saw nothing in [the complainant]’s answers under cross-examination to suggest that he had been caught out or had tripped himself up. And, where his responses involved any alteration of — or addition to — what he had said previously, the changes seemed to us to be typical of what occurs when a person is questioned on successive occasions, by different people, about events from the distant past.”

Ferguson CJ and Maxwell P also held that the complainant’s admitted uncertainty about a number of matters, his evidence that Cardinal Pell had not ordered the boys to keep quiet about the first incident and his explanations for his long silence bolstered rather than diminished his credibility. Moreover:

“The impression we gained from reading the transcript of A’s cross-examination reinforced the impression we had gained from watching the recording of him giving evidence. Nothing about his answers under cross-examination suggested that he was concocting, or embellishing, or ‘fantasising’. On the contrary, both the content of what he said and the way in which he said it — including the language he used — appeared to us to be entirely authentic.”

Ferguson CJ and Maxwell P also held that the improbability and impossibility hypotheses of the defence did not give rise to a reasonable doubt. As a result, they held that it was well open for the jury to convict Pell.

Weinberg JA dissented, holding that the verdict of guilty was not open to the jury.

“depended entirely upon the complainant being accepted, beyond reasonable doubt, as a credible and reliable witness. Yet the jury were invited to accept his evidence without there being any independent support for it.”

Weinberg JA also noted that the complainant agreed in evidence that Pell “just moved his robes to the side and exposed his penis”, however when shown one of Pell’s vestments, the alb, which plainly went all the way down to the ground, and clearly could not be ‘parted’ in any sense, the complainant proffered the suggestion that perhaps ‘you can pull it [the alb] up first.’

Weinberg JA also noted that the complainant provided inconsistent evidence on how he and his friend left the sacristy after the first alleged incident. Moreover, his recollection had apparently improved between the committal and the trial for reasons he could not explain. Furthermore, Weinberg JA opined the complainant’s evidence that “There could have been” no time” for Archbishop Pell to stand on stairs and talk to people after Mass “might well be thought to have been prevarication”. Weinberg JA observed that:

“Clearly, there would not have been sufficient time for [[Pell]] to have stood on the stairs, talking to people, in the manner described, and still have caught up with the procession in the sacristy corridor.

“From this brief summary of the complainant’s evidence, it can be seen that there was ample material upon which his account could be legitimately subject to criticism. There were inconsistencies, and discrepancies, and a number of his answers simply made no sense.”

For these reasons, Weinberg JA held that he had a real doubt of Pell’s guilt, and this doubt was one that the jury ought also to have had. As a result, Weinberg JA upheld Ground 1 of the appeal, namely that the jury’s verdict was unreasonable or incapable of being supported by the evidence.

Weinberg JA concurred with the majority in rejecting grounds 2 and 3 and refusing leave with respect to them.

Pell’s appeal to the High Court centred on the contention that the majority of the Victorian Court of Appeal had erred by effectively reversing the onus of proof from the Crown to himself by requiring him to prove that the offences could not have been committed. Alternatively, it was argued that there was reasonable doubt about whether opportunity existed for the crimes to have occurred.

Today, the High Court has in a unanimous decision held that it was not reasonable for the jury to convict Pell. Its statement on the case, published this morning is as follows:

“Today, the High Court granted special leave to appeal against a decision of the Court of Appeal of the Supreme Court of Victoria and unanimously allowed the appeal,” a statement read. “The High Court found that the jury, acting rationally on the whole of the evidence, ought to have entertained a doubt as to the applicant’s guilt with respect to each of the offences for which he was convicted, and ordered that the convictions be quashed and that verdicts of acquittal be entered in their place.”

In justifying its decision, the High Court has said that majority of the Victorian Court of Appeal “failed to engage with the question of whether there remained a reasonable possibility that the offending had not taken place, such that there ought to have been a reasonable doubt as to the applicant’s guilt”. The source identified for that  reasonable doubt was the evidence of the opportunity witnesses, whose evidence contradicted the complainant’s evidence.

This case was always going to be an important test case on when it is reasonable for the jury to convict an accused person based on the uncorroborated testimony of one witness. That a jury is ordinarily entitled to convict in such cases is beyond doubt, as many convictions for sexual offences, which are often a matter centred around the word of the complainant against that of the accused, would show. However, in order to convict a defendant in such circumstances, the jury must nevertheless reasonably form the view that the complainant was a highly credible witness, such that there is an absence of reasonable doubt that they are telling the truth. Evidence that is relevant to the opportunity (or lack of) for the crime to have occurred can form the basis of a reasonable doubt which a jury should have, and may therefore make a conviction unreasonable.

In the Pell retrial, the complainant’s evidence was robustly challenged and attacked on a number of fronts. The jury nevertheless convicted Pell, and a majority of the Victorian Court of Appeal upheld that conviction. Today, the High Court has determined that a verdict of guilty was not open to the jury in this case. The implications of this case will be enormous for decades to come.