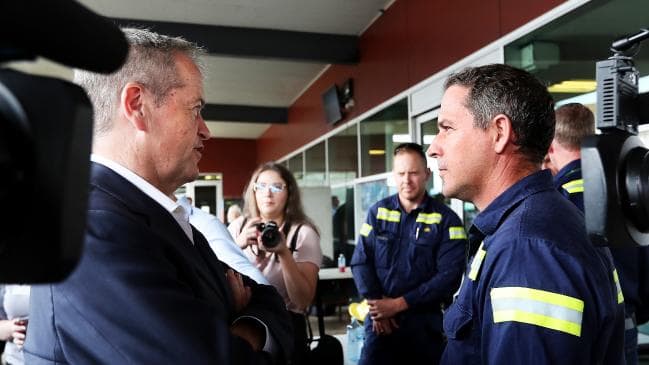 On 23 April 2019, Opposition Leader Bill Shorten campaigned at the Queensland government-owned Gladstone Ports. At a free barbeque, an electrical engineer told Shorten that “It would be good to see higher-wage earners given a tax break’’. Shorten replied with “We’re going to look at that”, a claim which appeared to be at odds with his policy of slugging those with above average incomes with higher taxes.

The electrical engineer was subsequently suspended when he was told he had breached his employment contract for speaking to the media, and his pass did not work the following day when he arrived for work. His desk was also packed up and the contents returned to him.

(1)  An employer must not take adverse action against a person who is an employee, or prospective employee, of the employer because of the person’s race, colour, sex, sexual orientation, age, physical or mental disability, marital status, family or carer’s responsibilities, pregnancy, religion, political opinion, national extraction or social origin.

(3)  Each of the following is an anti-discrimination law:…

(c)  the Anti-Discrimination Act 1991 of Queensland.

Section 7 of the Anti-Discrimination Act 1991 (Qld) provides that:

Discrimination on the basis of certain attributes prohibited

The Act prohibits discrimination on the basis of the following attributes—

By speaking with an elected politician running for Prime Minister who was attending an event at his work, the worker was arguably merely engaged in political activity and/or expressing a political belief. By taking adverse action against him, the employer appears to have contravened the general protections enshrined under the Fair Work Act 2009 as well as the Anti-Discrimination Act 1991. The employer’s claim that he was fired for “speaking with the media” at first glance appears to be spurious.

Given that he was not technically fired from his work, the worker may not be able to claim for unfair dismissal as he may not have been dismissed from his employment. However, given that he soon after found a new job, a claim for breach of a general protection under the Fair Work Act 2009 may not be worth pursuing if there is not a significant gap between what he was being paid with his former employer and what he is currently earning.

One can only speculate whether someone in the Labor Party (connected either with Bill Shorten or the QLD Labor Government) urged the employer to take action against the worker for causing political embarrassment to Bill Shorten.