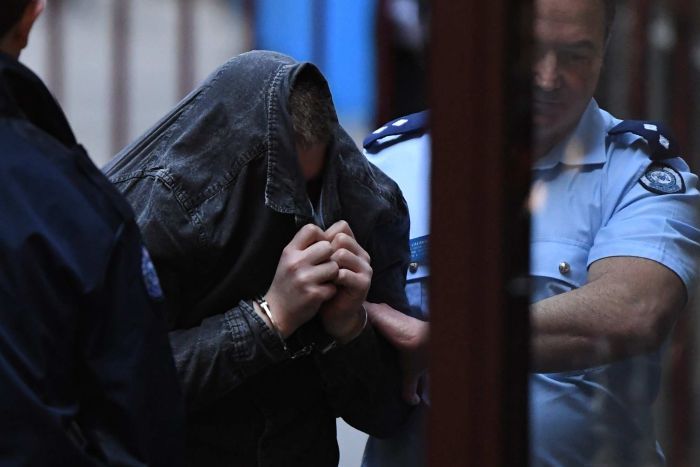 Eurydice Dixon was a young comedian who performed at the Highlander Club on the evening before the offences.

On 13 June 2018, Eurydice Dixon was on her way home walking across Princes Park, Carlton North shortly after midnight. Jaymes Todd had been following over a distance of 4.2 kms and for a period of almost one hour as she made her way on foot from Flinders Street, Melbourne to Princes Park. As Eurydice Dixon walked across the soccer fields in the park, Todd violently set upon her, committed the offences of rape, attempted rape and sexual assault, and murdered her by choking her to death with his bare hands.

That afternoon, a friend informed him that he had been captured on CCTV in relation to the murder. Because the friend urged him to go to the police and said she would report him if he didn’t, at 7.09 pm he contacted the Broadmeadows Police Station and told the policeman, who took his call, that he had seen your image on the news, but denied he was involved in the death of Eurydice Dixon. He also said that he would attend the police station.

At 8.29 pm he attended Broadmeadows Police Station with his mother and when interviewed gave at least three different and conflicting accounts, all of which were lies.

“(1)     Notwithstanding any rule of law to the contrary, a person convicted of murder is liable to—

as the court determines.

(a)     30 years if the court, in determining sentence, is satisfied that the prosecution has proved beyond reasonable doubt that—

(i)     the person murdered was a custodial officer on duty or an emergency worker on duty; and

(ii)     at the time of carrying out the conduct the accused knew or was reckless as to whether that person was a custodial officer or an emergency worker; and

Section 5 of the Sentencing Act 1991 (Vic) provides that:

(1)     The only purposes for which sentences may be imposed are—

(a)     to punish the offender to an extent and in a manner which is just in all of the circumstances; or

(b)     to deter the offender or other persons from committing offences of the same or a similar character; or

(c)     to establish conditions within which it is considered by the court that the rehabilitation of the offender may be facilitated; or

(d)     to manifest the denunciation by the court of the type of conduct in which the offender engaged; or

(e)     to protect the community from the offender; or

Section 5A of the Sentencing Act 1991 (Vic) provides that:

(1)     If the Act that creates an offence, or prescribes the maximum penalty for an offence, specifies a period as the standard sentence for the offence, then—

(a)     the offence is a standard sentence offence; and

(b)     the period specified as the standard sentence for the offence is the sentence for an offence that, taking into account only the objective factors affecting the relative seriousness of that offence, is in the middle of the range of seriousness.

(3)     For the purposes of subsection (1)(b), objective factors affecting the relative seriousness of an offence are to be determined—

(a)     without reference to matters personal to a particular offender or class of offenders; and

(b)     wholly by reference to the nature of the offending.”

I am satisfied, beyond reasonable doubt, that the offences of rape, attempted rape, sexual assault and murder, were each motivated by the overwhelming urge that you had to enact the fantasy with which you had become obsessed. In other words, you intentionally killed Eurydice Dixon by choking her to death, in order to gratify your perverted and depraved sexual desires. As such, the offending by you was totally and categorically evil. Your conduct, and your intentions and motivation, struck at the very heart of the most basic values of a decent civilised society. In the absence of any mitigating circumstances, the objective gravity of, and your moral culpability for, each offence — and in particular, for the crime of murder — falls into one of the highest categories of such offences…

Justice Kaye also noted this was a particularly serious case of murder for the following reasons:

(1) The murder committed by you was not spontaneous. Throughout the period in which you trailed behind her on her way to Princes Park, you were seriously contemplating, and indeed obsessed with the thought of, raping and choking her to death. During the whole of that period, you had ample opportunity to come to your senses, to desist from following her, and to prevent the happening of the dreadful events that ensued.

(2) At the time you attacked, raped and killed her, Eurydice Dixon was totally vulnerable, defenceless and helpless. You set upon her after she had crossed two soccer fields, so that you were well secluded from the view of any person who might be passing along Royal Parade. You had the advantage of surprise, and it would seem, quite clearly from what occurred, superior strength.

(3) The murder by you of Eurydice occurred in the context of the events that immediately preceded it, namely, the rape, attempted rape and sexual assault that you had committed on her.

(4) The method by which you murdered Eurydice was appalling. The act of choking her to death, so that she suffocated, was callous, cruel and brutal.

(5) Your actions, in the period that followed the murder, aggravated the objective seriousness of your offending. There is no evidence that the vicious acts, by which you had raped and murdered your victim, troubled your conscience at all. Rather, you used Eurydice’s mobile phone, slept and ate, and accessed pornographic websites, including a website of videos that involved acts of brutal rape culminating in the death of a victim by strangulation. In the immediate aftermath of your offending, you had an entire and utter lack of concern for what you had done to an innocent and decent young woman.

64 In that context, the murder by you of Eurydice Dixon was far in excess of what could be described as falling within the middle range of seriousness of such an offence, by reason of the objective factors that attended that murder alone. “

Rejecting Prosecution submissions with respect to the murder for a lengthy period of imprisonment that fell short of life, Justice Kaye held that:

“In the end, and after giving this matter truly anxious consideration, and giving full weight to the mitigating circumstances to which I have referred, I have come to the conclusion that the only appropriate sentence, for the offence of murder in this case, is one of life imprisonment, with a fixed minimum period of years before you are eligible to be considered for release on parole. I have reached that conclusion because of the enormity of your offending, and the extremely high level of the objective gravity of, and your subjective culpability for, that offending. In my view, only a sentence of life imprisonment, with a fixed non-parole period, could properly vindicate the central sentencing purposes of general deterrence, denunciation and community protection.”

For the other offences, he was sentenced to lesser periods to be served concurrently with the murder sentence. A minimum non-parole period of 35 years’ imprisonment was also imposed.

Justice Kaye’s sentence clearly was intended to reflect the gravity of Todd’s offending, which was obviously heinous. It also reflected what one may suppose most members of the community would consider an adequate sentence. Interestingly, it exceeded the sentence recommended by the Prosecution, and this suggests there may be an appeal against the sentence imposed.