The District Court has decided to not allow charges of indecent dealing to proceed due to the long history and unreasonable delays in the matter. 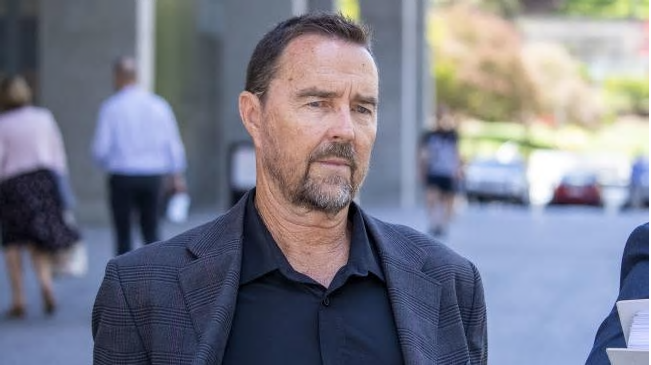 On 26 March 2002, Scott Volkers was arrested in relation to alleged indecently dealing of a 12 year old female swimmer in 1987.

On 25 July 2002, he was committed to stand trial on seven counts of indecent dealing involving the two complainants.

In September 2002, the then Director of Public Prosecutions entered a nolle prosequi/no true bill in relation to each of the charges following a meeting between officers of Public Prosecutions and Volkers’ then lawyers in which 20 original witness statements were provided by his legal team. This decision attracted widespread controversy and media attention.

In November 2004 the older complainant herself sought leave under s 686 of the Criminal Code to present an indictment against the applicant in relation to some of the alleged offending against her.

On 16 December 2004, Holmes J, as the current Chief Justice then was, dismissed the application, mainly due to the significant adverse publicity suffered by Volkers which may have prejudiced a fair trial, including “the dissemination of information strongly adverse to the respondent which would not be admissible in any trial: particularly the statements attributed to the respondent’s stepbrother and other unidentified complainants on the Four Corners programme and website”.

In July 2014 the Royal Commission into Institutional Responses to Child Sexual Abuse held hearings in which each of the complainants gave evidence.  Their evidence was again subject to extensive media coverage, and public commentary.

On 13 November 2017 Volkers was re-prosecuted for the alleged offences against the complainants. Prior to then, the 20 original statements that had been provided to the Office of the Director of Public Prosecutions, some of which concerned whether he had the opportunity to leave the pool deck for sufficient time to commit the first of the two charged acts had been destroyed by his solicitors in accordance with their usual practice, leaving only the redacted copies with the Office of the Director of Public Prosecutions, which only allowed 10 of the authors of those statements to be identified.

Volkers then applied to permanently stay the proceeding due to lack of fairness and oppression amounting to an abuse of process by the prosecuting authority.

The submission concerning unfairness primarily was of prejudice because Volkers had lost the opportunity to lead evidence from other swimmers or their parents who earlier gave statements as to whether he had the opportunity to leave the pool deck for sufficient time to commit some of the offences at the swimming pool without arousing undue suspicion.

“In essence then, the power to prevent an abuse of process in this context is derived from the public interest, first that trials and the processes preceding them are conducted fairly and, secondly, that, so far as possible, persons charged with criminal offences are both tried and tried without unreasonable delay. In this sense, fairness to the accused is not the sole criterion when a court decides whether a criminal trial should proceed….

Ultimately, it does not matter whether the problem is resolved in this way, by invoking a wide interpretation of the concept of abuse of process, or by saying that courts possess an inherent power to prevent their processes being used in a manner which gives rise to injustice. In either event the power is discretionary, to be exercised in a principled way, and the same considerations will govern its exercise. And in each case the power will be used only in most exceptional circumstances to order that a criminal prosecution be stayed”

In his judgment in Jago Deane J held that:

“Once a court is seised of criminal proceedings, it has control of them. In the absence of applicable express statutory provision, that control includes the power – either inherent or implied – to ensure that the court’s process is not abused by the proceedings being made an instrument of unfair oppression. (citations omitted) The accused in such proceedings is entitled to invoke that power if he is being subjected to unreasonable delay in bringing on the trial. … There could be circumstances in which the effect of unreasonable delay is that any subsequent trial of the accused will necessarily be an unfair one. In such a case, an order that the trial be brought on would be inadequate and inappropriate.”

Section 32 of the Human Rights Act 2019 (Qld) relevantly provides that:

(c) to be tried without unreasonable delay

Judge Reid declined to grant a permanent stay on the basis of unfairness, holding that the inability to identify witnesses who may provide evidence of a lack of opportunity to commit the alleged offences was unlikely to change the outcome of any trial of the matter. Furthermore, the delays since the 1980s and the likely loss of the ability of witnesses to accurately recall could be significantly ameliorated by providing a suitable Longman direction to the jury.

However, on the question of abuse of process or oppression, Judge Reid noted the history of the matter, including the long delays and the two prior proceedings to prosecute him in respect of the same charges, which would inevitably inflict the risk of personal liberty, stress, inconvenience and legal fees on a criminal defendant.  Judge Reid also noted that the delays had been occasioned by the Office of the Director of Public Prosecutions not Volkers, and that Volkers’ reputation and career had been severely tarnished by the publicity surrounding the history of the matter. Judge Reid held that he would have found that Volkers’ rights to a speedy trial under the Human Rights Act had been violated had the delay occurred prior to the enactment of that legislation. For these reasons, a permanent stay was ordered.

Of course, the trauma inflicted on the complainants through the long history is something which must also be recognised.  They will never get their day in Court and in their eyes, Volkers will now never face justice. In our opinion, the source of the problem was in the Office of the Director of Public Prosecutions not pursuing the matter to trial in 2002/2003.  A verdict at trial either way would have avoided the significant controversy and continuation of the matter that followed. In future, prosecuting authorities need to either push matters to trial or abandon them permanently to avoid similar cases.