DNA testing in recent decades has miraculously proven the guilty of the guilty and acquitted the innocent, often many years after the fact. In California, it revealed the identity of the Golden State Killer, and resulted in his convictions for his murderous crimes. The case of the Claremont murders is the latest example of crimes catching up to killers long afterwards, all thanks to DNA.

On 27 January 1996, a secretary aged 18 named Sarah Spiers disappeared after leaving Club Bay View in Claremont and calling a taxi from a nearby phone booth. Her body was never found.

On 9 June 1996, Jane Rimmer, a 23 year old childcare worker, was last seen alive outside Claremont’s Continental Hotel on 3 August 1996, Her body was found in bushland at Wellard in Perth’s south on March 15, 1997.

It was clear that a serial killer who preyed on young women in Claremont’s pubs and clubs was responsible for these horrible murders, but despite unprecedented publicity and police appeals for help, police were unable to close in on a suspect. As the years rolled on, it seemed that the Claremont killer might never be brought to justice. 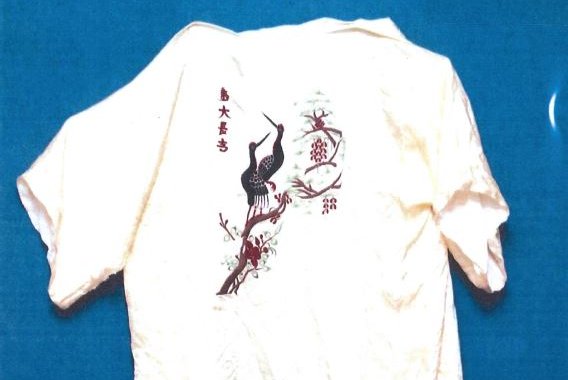 In November 2016, a kimono (traditional Japanese garment) stained with semen left behind during an earlier attack on a woman in her Huntingdale home was finally tested, with DNA matching cellular material found under Ms Glennon’s fingernails. The following month, investigators discovered that fingerprints taken from an attempted break-in in 1988 matched prints in the national database taken from the man who was convicted of attacking a Hollywood Hospital social worker from behind, covering her mouth and dragging her towards toilets in 1991 during a shift he was working for Telstra. That man was Bradley Robert Edwards.

In November 2020, a 95 day judge-only trial commenced, and it finally concluded on 25 June 2020 after delays caused by the Prosecutor suffering illness. It is believed to be the most expensive criminal trial in WA history.

Edwards did not give evidence and his legal team did not call any fibre or DNA witnesses, as had been expected.

The prosecution argued the combination of factors linking the murders to Edwards were too overwhelming for anyone else to be responsible. This included:

● Edwards’s DNA being found under the fingernails of Ms Glennon

● Fibres matching Telstra clothing being found on the bodies of Ms Glennon, Ms Rimmer and a young woman Edwards has confessed to raping

● The behaviour he has previously exhibited in attacking vulnerable women not known to him or barely known.

● Edwards’ known activities in the hours before and following when Ms Spiers went missing meant he would barely have had enough time to kill her.

“Killing a person is unlawful It is unlawful to kill any person unless such killing is authorised or justified or excused by law.”

(1) If a person unlawfully kills another person and —

(a) the person intends to cause the death of the person killed or another person; or

(c) the death is caused by means of an act done in the prosecution of an unlawful purpose, which act is of such a nature as to be likely to endanger human life,
the person is guilty of murder.

(4) A person, other than a child, who is guilty of murder must be sentenced to life imprisonment unless —

(a) that sentence would be clearly unjust given the circumstances of the offence and the person; and

(b) the person is unlikely to be a threat to the safety of the community when released from imprisonment, in which case, subject to subsection

(5A), the person is liable to imprisonment for 20 years.”

Section 8 of the Evidence Act 1906 (WA) relevantly provides that:

(1) Except as in this Act it is otherwise provided, every person charged with an offence shall be a competent but not a compellable witness at every stage of the proceedings whether the person so charged is charged solely or jointly with any other person: Provided as follows —

(a) a person so charged shall not be called as a witness except upon his own application;

(c) the failure of any person charged with an offence to give evidence shall not be made the subject of any comment by the prosecution;

(d) a person charged and being a witness in pursuance of this section may be asked any question in cross-examination, notwithstanding that it would tend to criminate him as to the offence charged”

Justice Stephen Hall has found Bradley Robert Edwards guilty of the murders of Ciara Glennon and Jane Rimmer, but not that of Sarah Spiers.

Justice Stephen Hall found that there were significant similarities between the circumstances of the disappearances and deaths of Ciara Glennon and Jane Rimmer. On the other hand, he held that similarities of Sarah Spiers’ death were of a more general nature, and far fewer than those between Ms Rimmer and Ms Glennon, and did not allow a conclusion to be reached beyond reasonable doubt that the person who killed Ms Rimmer and Ms Glennon must necessarily be the same person as killed Ms Spiers.

Edwards will later be sentenced for the two Claremont murders, as well as the Huntingdale and Karrakatta attacks.

An appeal is expected by Edwards, although this is a mixed result.

Justice Stephen Hall’s verdicts should bring an end to the case of the Claremont murders. Subject to any appeal, Bradley Robert Edwards is likely to spend the rest of his life behind bars for two of three appalling crimes that terrorised the nightclub scene in Perth. The DNA evidence was critical in bringing Edwards to justice and solving one of Australia’s biggest crime mysteries, more than 20 years later.