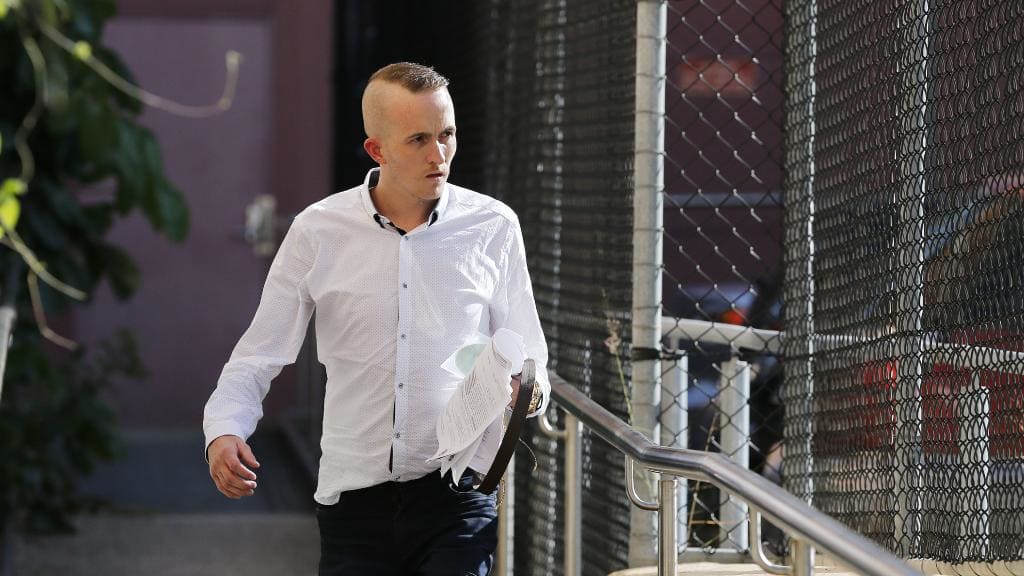 One suspects the sentence would have been more severe if he hadn’t been suffering from muscular dystrophy, although the guilty plea no doubt also helped:

Callum Joseph Haggerty was slumped in the dock, unable to look at the judge as she delivered her verdict in the Brisbane District court this morning saying that the acts were “despicable”.
On two occasions in 2015, victims were women that he had met online, where he used misleading information to lure them in, claiming he was a wealthy business owner.
He then used physical violence on multiple occasions to overpower the women, resulting in their respective rapes.
While on bail in 2016 for the previous offences he claimed a third victim.
The court heard that Haggerty used language such as, “It could be a lot worse for you” and “suck it up b**ch,” as a means to intimidate and humiliate his victims.
Prosecutor Matthew Hynes said in his submission that the rapist had an “appalling attitude towards women” and that his remarks were “cold blooded”.

Presumably once he is released in 8-10 years time, he will no longer be able to physically attack women.

Haggarty intends to appeal his sentence, although recent precedent would suggest his prospects are poor.