Last year, American actor Jussie Smollett was found guilty by a jury of faking a hate crime against himself.

But many in the media had believed him. His tale was simply too good to be false.

Brainless Brooke Baldwin of CNN lamented that “And this is America in 2019“.

She was correct, but not quite in the way she meant it.

America in 2019 was a country whose ruling class was obsessed with race and identity politics, and desperate to find instances of racism in order to justify their obsessions.

That remained the case the following year, when a white kid who shot some violent rioters in Kenosha, Wisconsin in self-defence was immediately characterized as a white supremist, even though all three rioters he shot were white.

Jussie Smollett understood this and figured that being the victim of a violent racist attack would spectacularly boost his profile.

He was proven right. Soon after, America’s ruling class unconditionally accepted his tale, and used it to condemn the entire country. 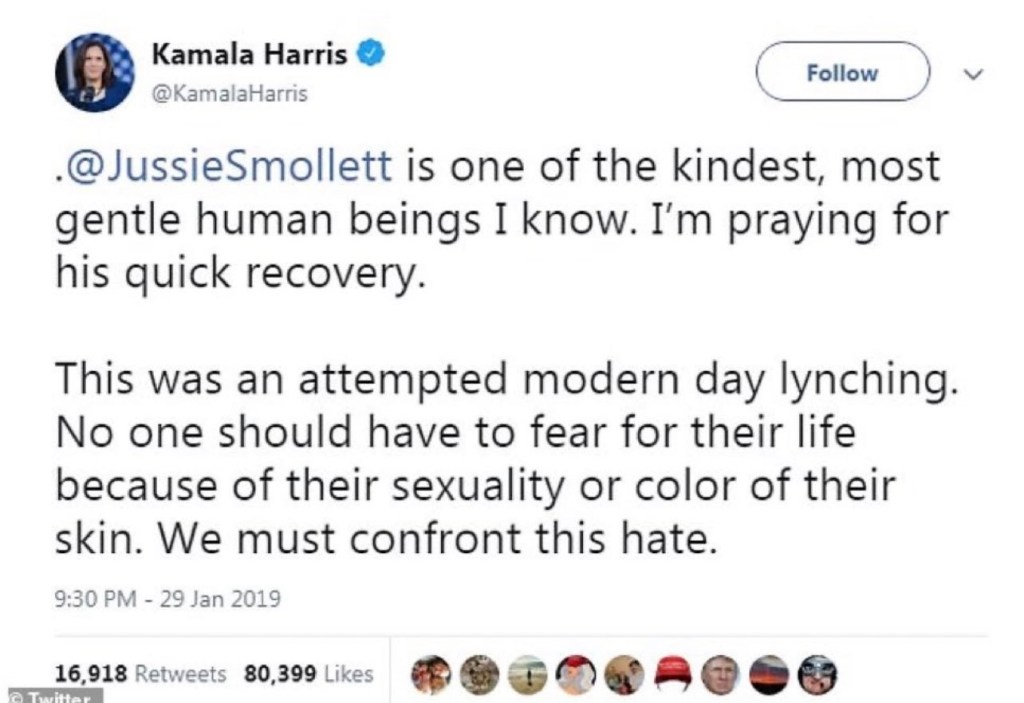 Judge James Linn remarked in sentencing to Smollett that “And then you start to lie and you haven’t stopped lying ever since”, and “You were actually throwing a national pity party for yourself”.

Smollett was sentenced to 150 days in Cook County jail, and 30 months of felony probation, as well as restitution of $120,106 and a $25,000 fine. In our view, instead of imprisonment, Smollett should have been given a fine that was equivalent to all the public resources spent investigating and prosecuting him, assuming the restitution was for the initial police investigation of his false claims.