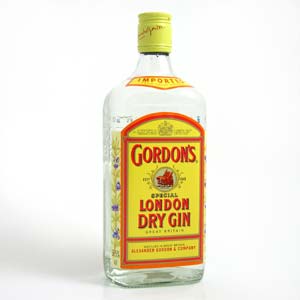 The Fair Work Commission (FWC) is known for sometimes making unfair dismissal decisions which arguably are counter-intuitive and/or contrary to community standards and expectations. The following case, in which a Qantas employee was caught stealing and later lied about the stealing, is an excellent example.

On 14 February 2016, nine Qantas crew members were taken to a room and searched. One of the crew members named David Dawson was found to have 1 can and 1 bottle of beer in his jacket, a 50ml bottle of gin in his bag and two 50ml bottles of vodka in his trouser pockets.

In his response to the allegation that he had attempted to steal the alcoholic beverages, Dawson initially denied the allegation claiming that they were inadvertently pocketed by him as a result of serving passengers.

On 14 April 2016, Qantas provided Dawson with a comprehensive show cause letter alleging theft of the alcohol and a misleading and deceptive response to the allegations. Qantas subsequently dismissed Dawson from his employment with Qantas.

Although Deputy President Lawrence found that there was a valid reason for the dismissal because the stealing of the alcohol was contrary to Qantas policy, and Dawson initially gave an incorrect explanation, the dismissal of Dawson was held to be unfair because of the following personal circumstances and circumstances of the misconduct:

“His 28 years of unblemished service for Qantas as a long-haul flight attendant.

“The small value of the items stolen.

“The Applicant’s age of 50 meant it would be difficult to get another job, certainly as a flight attendant.

“Although he gave an incorrect explanation, he did correct it.

“He had a number of medical and family issues prior to the incident.”

Given these factors, Deputy President Lawrence held that the dismissal was harsh and that a penalty other than dismissal would have been appropriate.

Another controversial aspect of the decision was the way in which Deputy President Lawrence arrived at awarding Dawson the maximum amount of compensation allowed under section 392(5) of the Fair Work Act 2009 (Cth):

“The Applicant earned $67,462 per annum. I am satisfied that he would have remained a flight attendant for the rest of his working life which could have been 15 or so years. He could have earned $1,011,930…

“The Applicant has not earned income since the dismissal, but he has not sought employment…

“It is appropriate to adjust the compensation to take account of the fact that I have found that there is a valid reason for the dismissal. The compensation will be reduced to $500,000 on this ground…

“The compensation needs to be reduced to the salary cap… Accordingly, I will order the Respondent to pay to the Applicant an amount of $33,731 which is 26 weeks of the Applicant’s earnings.”

As far as we are aware, there is no line of authority which says that compensation in unfair dismissal cases should be assessed at the full salary of the dismissed employee until retirement, subject to the statutory limit imposed by section 392(5) of the Fair Work Act if he is deemed to be unlikely to find employment again.

Furthermore, such a method of calculating compensation is highly dubious, for a number of reasons.

Firstly, there is nothing in the Fair Work Act which states that FWC must fully compensate an unfairly dismissed employee for his entire anticipated or possible future loss, subject to the cap under section 392(5) of the Act.

Secondly, even at common law, which does attempt to fully compensate a person for their losses, discounts are made for the possibility of a plaintiff finding work afterwards, as well as for vicissitudes. Deputy President Lawrence made no such discounts.

Thirdly, the notion that an employee who has been dismissed after stealing and then lying to his employer would somehow deserve $500,000 is manifestly ridiculous.

Finally, although Deputy President Lawrence held that “It is appropriate to adjust the compensation to take account of the fact that I have found that there is a valid reason for the dismissal”, because the discount Deputy President Lawrence imposed was applied to Dawson’s full salary until retirement before applying the cap under section 392(5) of the Act, the result is that the same amount of compensation was awarded, notwithstanding the employee’s grave misconduct.

This case highlights the fact that FWC draws a distinction between there being a valid reason to dismiss an employee and their dismissal being fair in the eyes of the FWC member who hears the case. Furthermore, this case also shows that almost no misconduct by an employee is guaranteed to ensure that they will be found to have been fairly dismissed by FWC. Stealing from an employer amounts to serious misconduct: not only is it a criminal offence committed against the employer, it also results in a breakdown of trust between the employer and the employee that would normally make the employment relationship untenable.

In our view, Deputy President Lawrence’s decision almost condones employees stealing from their employers. Qantas employees aware of this case will probably rightly conclude that even if they are dismissed for stealing there is a good chance they will subsequently be awarded generous compensation by the FWC if they apply for an unfair dismissal remedy.

Employers considering dismissing an employee need to be aware of the general pro-employee bias in the FWC, which has resulted from the vast majority of FWC Members being former trade union officials who have never run a business in their lives. In this case, Deputy President Lawrence was a former Secretary of the Australian Council for Trade Unions. Even when an employer has a valid reason for dismissal arising from serious misconduct and then follows the procedural requirements of a fair dismissal (as Qantas did in this case), there is every chance that FWC will nevertheless still find that the dismissal was unfair.