Tony Finn was employed by beer barrel stopper maker British Bung Company as an electrician between 22 September 1997 and 25 May 2021.

In late July 2019 an altercation between Finn and Jamie King occurred. Finn alleged of that incident that:

“I was working on a machine that I had to cover awaiting specialist repair. The covers were taken off, and it was apparent that Jamie King had done this. When I spoke to him about it, he began to call me a stupid old bald cunt and threatened to ‘deck me.’ Fearful for my personal safety I retreated to the nearby office of Ady Hudson, supervisor. Jamie continued his tirade of threats and abuse at the office door.”

Later, Finn claimed he had been called a “fat bald old cunt” by King in that incident.

A further incident on 25 March 2021 occurred in which King again threatened Finn.

Because a subsequent statement was prepared by Finn on West Yorkshire Police letterhead paper, Finn was dismissed on the grounds that he had “deliberately provided a witness statement which falsely suggested on its face and by its content, that it had been made to, and taken by, West Yorkshire Police in connection with the investigation of an alleged crime”.

In dismissing Finn with immediate effect, British Bung Company wrote to him that:

We do not accept your explanation, or that you acted in good faith, or that there was merely an oversight. You did not apologise. On the contrary, you said that you did not think that you had done anything wrong… We are satisfied that your actions amount to gross misconduct justifying your immediate dismissal. In light of your failure to apologise, and insistence that you have done nothing wrong, we are satisfied that it would be impossible to have trust and confidence in you as our employee.”

Finn was dismissed from his employment without notice despite until March 2021 having an unblemished disciplinary record over nearly 24 years of service.

Section 26 of the Equality Act 2010 provides that:

Section 40 of the Equality Act 2010 provides that:

40 Employees and applicants: harassment
(1) An employer (A) must not, in relation to employment by A, harass a person (B)–
(a) who is an employee of A´s;
(b) who has applied to A for employment.
(2) The circumstances in which A is to be treated as harassing B under subsection (1) include those where–
(a) a third party harasses B in the course of B´s employment, and
(b) A failed to take such steps as would have been reasonably practicable to prevent the third party from doing so.
(3) Subsection (2) does not apply unless A knows that B has been harassed in the course of B´s employment on at least two other occasions by a third party; and it does not matter whether the third party is the same or a different person on each occasion.
(4) A third party is a person other than–
(a) A, or
(b) an employee of A´s.

In Insitu Cleaning Co Limited v Heads [1995] IRLR, 4, EAT, it was held that a woman had been sexually discriminated against when a manager made a single comment of “hiya, big tits” to her about the size of her breasts. That case arose before the enactment of the law of harassment and therefore had to be brought as one of sex discrimination.

Section 94 of the Employment Rights Act 1996 provides that:

Section 98 of the Employment Rights Act 1996 relevantly provides that:

“98 General
(1) In determining for the purposes of this Part whether the dismissal of an employee is fair or unfair, it is for the employer to show–
(a) the reason (or, if more than one, the principal reason) for the dismissal, and
(b) that it is either a reason falling within subsection (2) or some other substantial reason of a kind such as to justify the dismissal of an employee holding the position which the employee held.
(2) A reason falls within this subsection if it–
(a) relates to the capability or qualifications of the employee for performing work of the kind which he was employed by the employer to do,
(b) relates to the conduct of the employee,
(c) is that the employee was redundant, or
(d) is that the employee could not continue to work in the position which he held without contravention (either on his part or on that of his employer) of a duty or restriction imposed by or under an enactment…
(4) Where the employer has fulfilled the requirements of subsection (1), the determination of the question whether the dismissal is fair or unfair (having regard to the reason shown by the employer)–
(a) depends on whether in the circumstances (including the size and administrative resources of the employer´s undertaking) the employer acted reasonably or unreasonably in treating it as a sufficient reason for dismissing the employee, and
(b) shall be determined in accordance with equity and the substantial merits of the case.
(5) Where the employee is taken to be dismissed for the purposes of this Part by virtue of section 96, subsection (4)(a) applies as if for the words “acted reasonably” onwards there were substituted the words “would have been acting reasonably or unreasonably in treating it as a sufficient reason for dismissing the employee if she had not been absent from work”

In Khanum v Mid Glamorgan Area Health Authority [UK EAT 1979] that a disciplinary hearing must fulfil three basic requirements of natural justice. These are firstly that the person should know the nature of the accusation against them, secondly, that they should be given an opportunity to state their case and thirdly that the ‘domestic tribunal’ (ie the employer) should act in good faith. 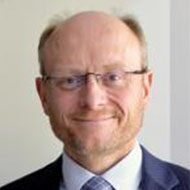 The Tribunal panel, headed by Employment Judge Brain, found that Mr King did call Finn a “bald cunt” and that the word “old” did not feature.

“We can attach no significant weight to Mr King’s version of events. Having received a warning from the respondent about the July 2019 incident it is unsurprising that he gives an account in which effectively he denies the use of threatening words or behaviour towards the claimant.”

The Tribunal found that the reason for the dismissal was Finn’s conduct in presenting British Bung Co with a witness statement on West Yorkshire Police headed notepaper and which gave the appearance of matters having become a police matter. The Tribunal was satisfied that the health and safety reason and the protected disclosures of the incidents were not the reasons for the dismissal.

Because Finn was led to believe that no decision would be made by British Bung Co pending hearing from the West Yorkshire Police with the outcome of their enquiries, only for his employer British Bung to dismiss him only two working days later, it was held good faith was lacking in British Bung’s disciplinary hearing which was not cured on its internal appeal.

The reason why this decision made headlines was due to the Tribunal’s finding that Mr King‘s comment amounted to harassment under the Equality Act 2010 because it targeted a protected characteristic, namely his sex:

“Plainly, some words or phrases would clearly be related to a protected characteristic. Where the link is less obvious then Tribunals may need to analyse the precise words used, together with the context, in order to establish whether there is any negative association between the two.

In our judgment, there is a connection between the word “bald” on the one hand and the protected characteristic of sex on the other. Miss Churchhouse was right to submit that women as well as men may be bald. However, as all three members of the Tribunal will vouchsafe, baldness is much more prevalent in men than women. We find it to be inherently related to sex. (In contrast, we accept that baldness affects (predominantly) adult males of all ages so is inherently not a characteristic of age)…It may be thought that such a remark is inherently related to sex. However, a similar comment may be made to men with the condition of gynaecomastia. Upon Miss Churchhouse’s analysis, therefore, were a complaint of harassment related to sex to be brought today by an individual in the position of the claimant in the Insitu case, it would fail upon the basis that it is possible for men with that medical condition to be subjected to the same remark (just as bald women may be subject to comments such as those made by Mr King) albeit that far more women than men will be liable to such harassing treatment.

The complaint of harassment related to sex arising out of the incident of 24 July 2019 therefore succeeded.

The claims that Finn was unfairly dismissed upon the grounds that he made the disclosures of the incidents of July 2019 or 25 March 2021, or for the health and safety reason, failed. However, the claim that Finn was unfairly dismissed pursuant to sections 94 to 98 of the Employment Rights Act 1996  succeeded because of the lack of good faith by British Bung Co in respect of the manner in which Finn was dismissed.

The notorious story in the judgment was only a relatively small part of the judgment. This was a complex dispute surrounding the dismissal of a long-serving employee who had been insulted and threatened by another employee for writing a statement on police letterhead. Many of the employee’s claims were rejected, and arguably the most significant part of the judgment in his favour was the lack of good faith in the process by the employer British Bung Co in dismissing him.

Moreover, this was not a case where it was found that there was anything inherently sexual about the ‘bald’ comment. The media reporting this as a case of sexual harassment is a bit of a beat-up. It would be more accurate to say that this was a case of ‘sex harassment’ because Finn was taunted on the lack of hair on his head, which was related to the fact he was a man. The impugned conduct by a member of the same sex of commenting on his baldness while insulting him falls well short of the Australian definition of sexual harassment.