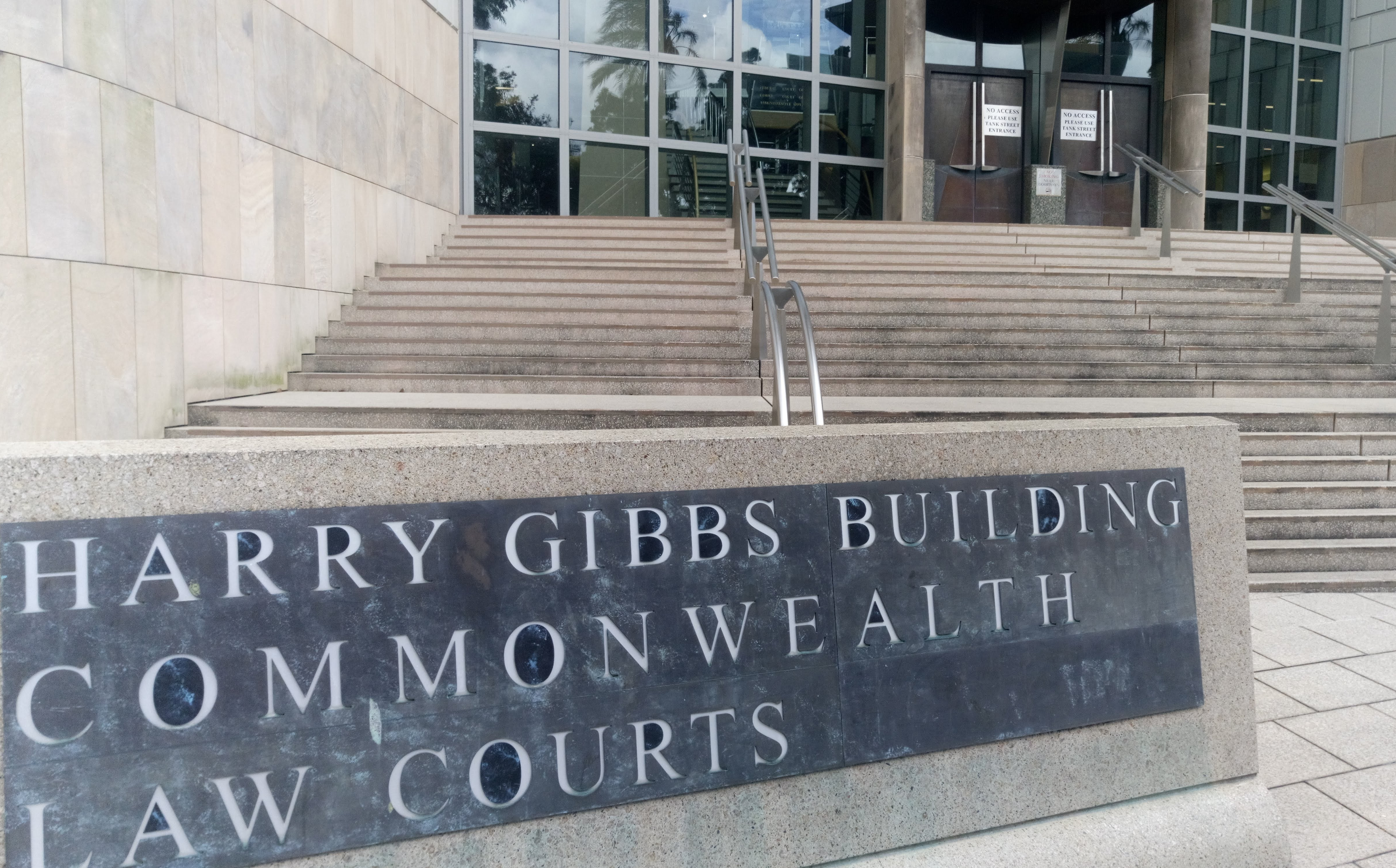 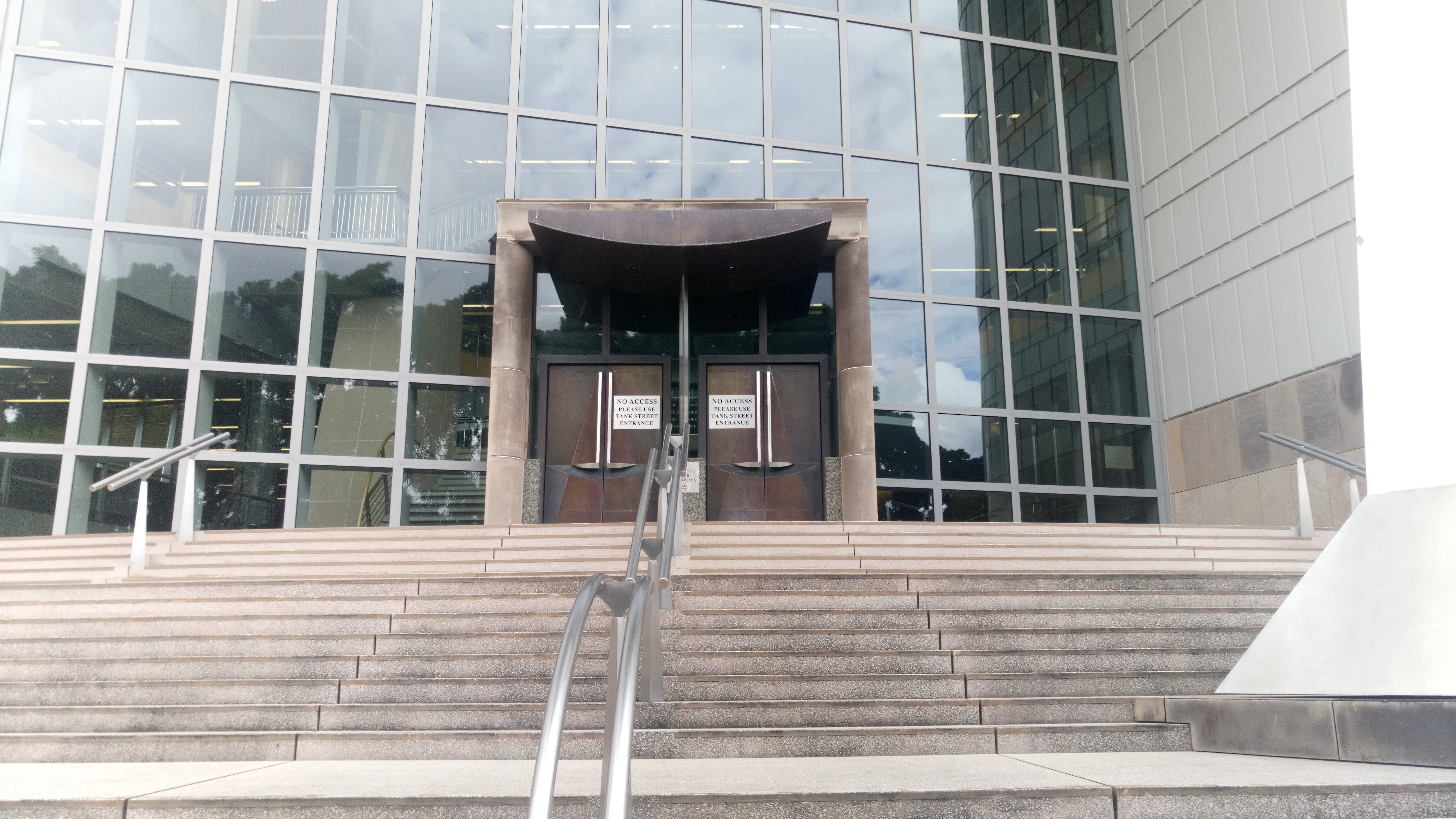 Years ago, around 2010 or 2011 and prior to that, the main entrance of the building was on North Quay (pictured above). However, for more than give years that entrance has been closed and lawyers, litigants and members of the public have had to enter through a side entrance on Turbot Street. That entrance has become the official entrance.

A few years ago, registry staff were asked why the main entrance had been closed. The response was that due to a funding dispute between the Federal Court and the Federal Circuit Court the decision had been made to block the main entrance. A number of years later, it appears that this impasse has still not been resolved.

Another possible explanation is that the Turbot Street entrance is now the preferred entrance because it provides easy wheelchair access. It could be that special arrangements had to be made for those unable to walk, and the Court administrators figured it would be cheaper and simpler to have one wheelchair friendly access for all. 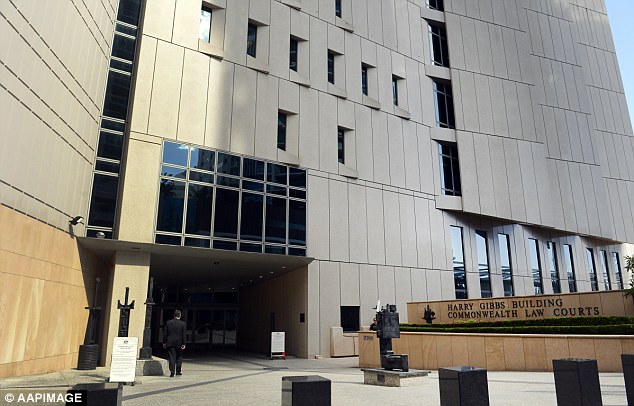 The question is when (and if) will the main entrance be opened again?