Home  |   Judge Vasta sued for $2M over imprisonment of husband 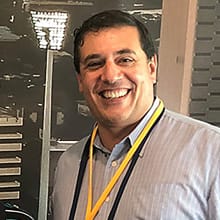 In the reasons for judgment delivered extemporaneously, Vasta J wrote that:

“The matter went before Her Honour Judge Turner on 26 November 2018. Her Honour ordered that the matter be adjourned for hearing of a contempt application. What Her Honour found was that there had been compliance with order 3(b), (c), (d), (e), (f), (g) and (i) of my order, but there had not been compliance with orders (a), (h), (j), (k), (l), (m), (n) and (o) of my orders. For that reason, Her Honour found that the Applicant husband was in contempt of my orders and sent it to me to deal with as I had foreshadowed in my orders.”

By operation of Order 1 the husband was deprived of his liberty and was imprisoned for about a week, when he obtained a stay pending an appeal against that decision.

The contempt provisions address flagrant challenges to the authority of the Court and exempt specifically “a contempt of a court” that constitutes “a contravention of an order under this Act”. The latter expression is defined within Part XIIIA in ss 112AA and 112AB.

“It is difficult to envisage a case where failure to comply with orders for disclosure could be said to involve a flagrant challenge to the authority of the Court or where an established failure to fully disclose could be other than a contravention covered by Part XIIIA of the Act and not Part XIIIB. In any event, whether in proceedings for a sanction under Part XIIIA, or for contempt under Part XIIIB of the Act, strict rules of procedural fairness reflected in Rules of Court apply to the hearing and determination of such applications and the procedures to be followed…

“contempt” properly so defined falls to be dealt with under Part XIIIB. As we have already pointed out, a contravention of an order must also involve a flagrant challenge to the authority of the Court to be capable of constituting contempt within the meaning of Part XIIIB…

We are comfortably satisfied, for the reasons given, that what occurred here in the making of the declaration and order for the husband’s imprisonment constituted a gross miscarriage of justice.”

The husband is now suing Judge Vasta personally for damages in respect of the imprisonment.

Judge Vasta says in his filed defence he is not liable to be sued due to the doctrine of judicial immunity.